Renowned scholar Professor Mary Beard is to give the latest public lecture in a University of Leeds series celebrating strong women.

Choosing Women and Power as her subject, the University of Cambridge Professor of Classics will give the 2022 Alice Bacon Lecture on Thursday, 27 October.

The annual lectures honour the achievements of Yorkshire’s first woman MP, who was elected to Parliament in the post-war Labour landslide.

I'm very pleased to be joining what is fast becoming a great tradition of women speakers and do-ers - right back to Alice Bacon.

Often described as Britain's best-known classicist, Professor Beard is a regular on television and radio. Meet the Romans with Mary Beard and Inside Culture are among her best-known television series.

She is also the author of several books including Women & Power; SPQR: A History of Ancient Rome; and Wolfson Prize-winning Pompeii: Life and Death in a Roman Town.

She said: “I'm very pleased to be joining what is fast becoming a great tradition of women speakers and do-ers - right back to Alice Bacon.”

Professor Beard will be introduced by Professor Paul Johnson, Executive Dean of the Faculty of Social Sciences. He said: “It is our greatest pleasure to welcome Professor Mary Beard to the University of Leeds. As both a renowned expert and a powerful communicator, her lecture will undoubtedly make a deep impression on all who attend it.”

The annual Alice Bacon Lecture, which celebrates the achievements of pioneering women, is hosted by the University’s Centre for Democratic Politics. It is named for the Leeds Labour MP who led a crusade to improve the education of working-class girls and boys.

The inaugural lecture was given in 2018 by Harriet Harman – the House of Commons’ longest continuously serving female MP – followed in 2019 by Baroness Hale of Richmond, who was the first female President of the Supreme Court and the country’s most senior judge until her retirement from the role in December that year.

After a break in 2020 due to the Covid-19 pandemic, the series returned in 2021 with Baroness Doreen Lawrence, who spoke about women in the public eye and her personal journey. Baroness Lawrence came to prominence following the death of her son Stephen, a black British teenager who was murdered in a racist attack in Southeast London in 1993.

Alice Bacon was elected to represent Leeds North East in 1945 and served her city constituents continuously until her retirement a quarter of a century later, when she took up a seat in the House of Lords as a Baroness.

Leeds did not return another woman to the Commons until the election in 2010 of Leeds West MP and Shadow Chancellor Rachel Reeves, who is also Baroness Bacon’s biographer.

Ms Reeves partnered with the University’s School of Politics and International Studies to establish the lectures in the name of her trailblazing forebear, with the aim of celebrating the achievements of successful women – locally and nationally.

She said: “I am delighted to welcome Professor Mary Beard as our speaker for this year’s Alice Bacon Lecture.

“A distinguished scholar, she has championed feminist ideas and stood up for her beliefs in the face of misogynistic and sexist abuse.

“In challenging the limitations put upon women in academia, as well as working to make Classics more accessible to the wider population, she echoes her fellow pioneer, Alice Bacon, who not only broke through barriers for women in politics, but as Minister of State at the Department of Education and Science, was committed to improving educational opportunities for working class children.

“I’m very grateful that Mary has taken the time to speak in our annual lecture series to celebrate the life of Alice Bacon, particularly given that she will be retiring later this year!"

Book your tickets online for the 2022 free public lecture, which starts at 6.30pm on Thursday 27 October. Please note that tickets are limited and are expected to be booked quickly. 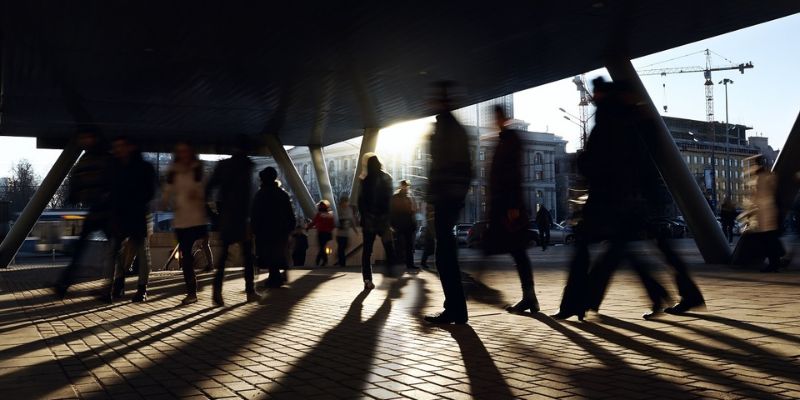