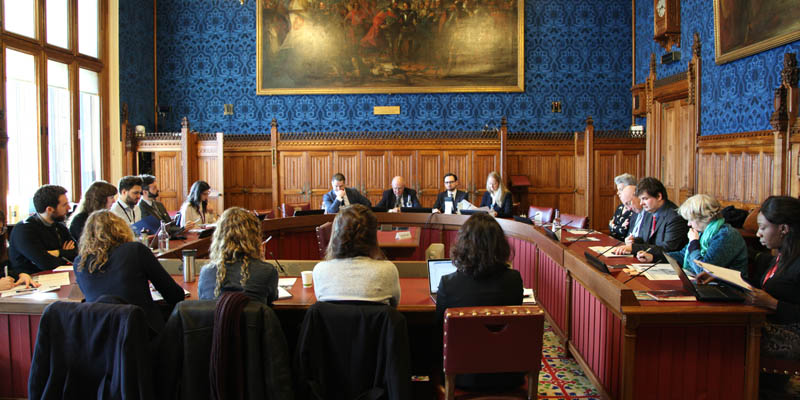 Professor Jason Ralph has co-authored a new report which suggests that Britain’s leverage on the world stage will be weaker after Brexit.

The launch of the report was marked in Parliament on Tuesday 19th February, with Professor Jason Ralph and co-authors Dr Jess Gifkins (University of Manchester) and Dr Samuel Jarvis (University of Southampton) presenting the results of their research to the All-Party Parliamentary Group on the United Nations. The event was chaired by Lord Hannay, who was UK ambassador to the United Nations from 1990 until 1995.

Quoted in the Guardian, Professor Jason Ralph identified "widespread confusion about what Global Britain means, and doubts about the UK’s capacity to deliver the resources to back up its diplomatic leadership".

The report by the UK branch of the United Nations Association suggests Britain will lose political capital on the 15-member UN Security Council (UNSC) and the larger general assembly in New York because its campaigns will no longer be automatically aligned with those of the EU.

Co-author Dr Jess Gifkins from the University of Manchester, said: "The research showed the impacts of Brexit go beyond the UK and the EU to the UN, where the UK’s reputation is tarnished and its capacity for influence is weakened".

Professor Ash Amin, Foreign Secretary of the British Academy, commented on the report: "The range of engagement the researchers have been able to enjoy with current and former diplomats in particular gives a well-rounded, expert view of the UK’s current and future capabilities and strategies at the UN and how the idea of Global Britain post-Brexit is being received".

The full report is available to read online on the UNA-UK website. The report has received press coverage in The Guardian and in international press including O Jogo (Portuguese-language) and Hindustan Times (English-language).