School of Politics and International Studies news Thursday 5 May 2016 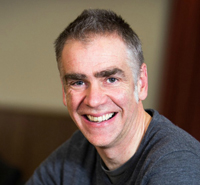 Dr Nick Robinson spoke to journalist Rob Hastings from the i about the benefits of taking sabbatical leave:

"I’m due to go on sabbatical for a year in September. Our team is trying to understand how military-related videos are watched by people on social media, and what effect they have.

The project is looking at why arms companies like BAE Systems or Saab would put advertisements on social media to sell military weapons. Given that I can’t buy a jet fighter, a key question for us is: why would it be advertised on YouTube? We’re also looking at how private military security companies present themselves, and examining how video game companies make huge numbers of promotional videos that are very similar in style.

The films I’m dealing with centre on the video games. They have been watched by slightly over a billion people, and we’re analysing slightly over two billion social media interactions – this will take up much of my time while I’m on sabbatical.

We’ve looked at 600 to 700 videos so far, and we’re breaking down what is being seen and experienced by social media users. To give a couple of examples, we have looked at whether civilians are represented in these videos – and if so, how. Are certain sorts of technology being represented and reified? Are enemy states presented in certain kinds of ways? How is violence depicted?

The next stage is to understand what the politics of this social media content are, why it matters that all of these industries produce similar types of content and how this impacts on citizens.

The project involves a German team, a Swedish team and us in the UK. There are about 15 of us, all with different areas of expertise. The project has been paid for by funding from the Swedish Research Council, but my university has also given me a period of sabbatical to work on the project.

Even when you are on leave, there are some obligations you can’t walk away from – if you had PhD students, for example, quite rightly you have to continue to help them – but for the most part I’ve got a year for research.

I have mixed feelings about this, because I get a huge amount of energy from my teaching. Sabbaticals can also be make you a bit like Jack Nicholson in The Shining, being alone in that room with a typewriter – you can end up going a bit mad!

But this year is going to be really valuable to me. Working at home will mean I can focus on the project to ensure it is completed. It will also be really nice to see more of my family."

Do we need to decolonise aid? Colonialism, Covid and the climate crisis