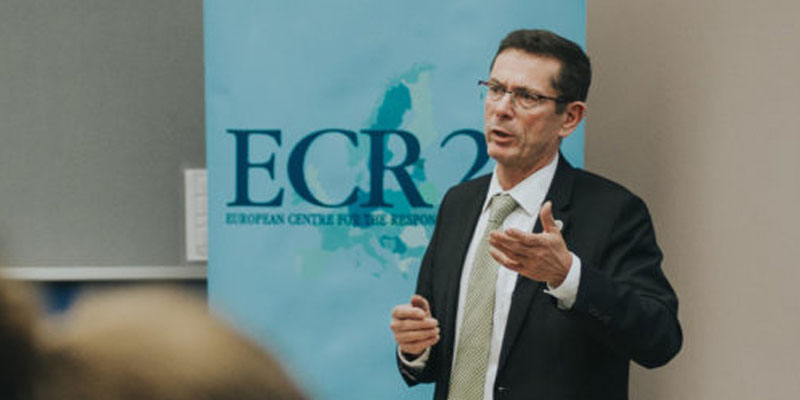 Dr. Šimonović, who took up the position on 1 January 2018, visited campus in November 2017 to meet with POLIS students and deliver the second annual lecture of the European Centre for the Right to Protect (ECR2P). The Visiting Professor position ensures further collaboration between Dr. Šimonović, the ECR2P and the University of Leeds in the coming years.

Before joining the United Nations, Dr. Šimonović held the position of Minister of Justice of Croatia from 2008 and was also previously Deputy Minister in the Ministry of Foreign Affairs and Permanent Representative to the United Nations in New York, where he served as Senior Vice-President and President of the Economic and Social Council from 2001 to 2003.

A Croatian national, Dr. Šimonović worked as a Professor at the Faculty of Law at the University of Zagreb, where he served as Head of the Legal Theory Department, and also as Vice-Dean and Vice-Rector for international cooperation. He has published extensively in the fields of International Relations, law, human rights, and development of national institutions.

Image sourced from ECR2P, courtesy of Robin May.