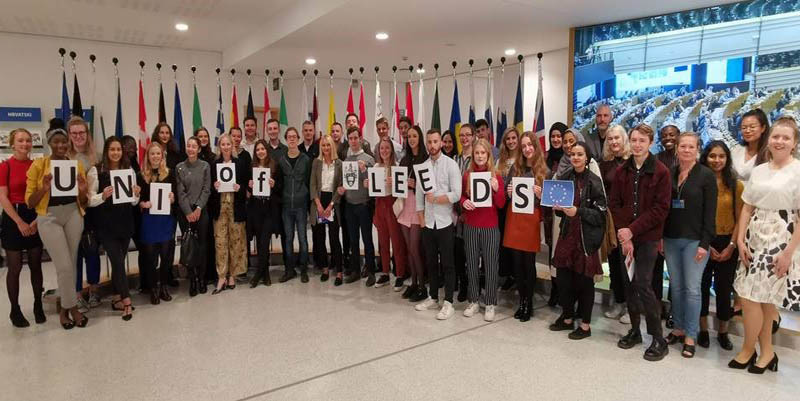 University of Leeds Careers Centre applied for and were awarded over 6,000 Euros to take 40 Politics and International Relations students to visit the European Parliament in Brussels this September.

Students attended a pre-departure briefing where we connected with Mr Daniel Ractliffe who is the Head of Outreach at the European Parliament Office in London, UK. Daniel is also a Leeds alum who studied Modern Languages.

Students were also able to visit NATO Parliamentary Assembly (NATO PA) to attend a panel consisting of Secretary General (David Hobbs), Head of the Conference Service (Helen Cadwallender – Leeds Alumna, French and German 1994) and Director of Research (Henrik Bliddal). Students were able to learn about the role of NATO PA, current defence and security affairs as well as range of career opportunities.

The main aim of this educational trip was for University of Leeds students to directly experience the work of European Parliament, its role, functions and purpose.