Professor Corry, Professor of Global Security Challenges, co-authors the article with David Reiner, Senior Lecturer in Technology Policy at the University of Cambridge.

According to the article, for many years, ‘protest’ was studied separately from ‘policy’ and ‘institutionalised politics’. This created a disciplinary boundary which, in addition to obstacles mostly relating to the practicalities of research, resulted in limited research into protester policy engagement.

With an aim to fill this historical knowledge gap, the research found that “activists engaged in direct action outside the established political system had policy knowledge and agendas comparable to or surpassing those active within the system”. Therefore, the article argues that expertise and engagement can be positively correlated.

The data for the research was “gathered at ‘Climate Camps’ in six national contexts” along with “evidence from similar ‘participant-instigator’ events at Green Party conferences”. With a particular focus on protest in relation to climate policy dilemmas, the article concludes that “as climate protests escalate it is important to understand ‘protester policy engagement’ – the processing, production and communication of changes proposed from a position outside the established political system and to theorise this with, rather than in contradistinction to, social movement identity”. 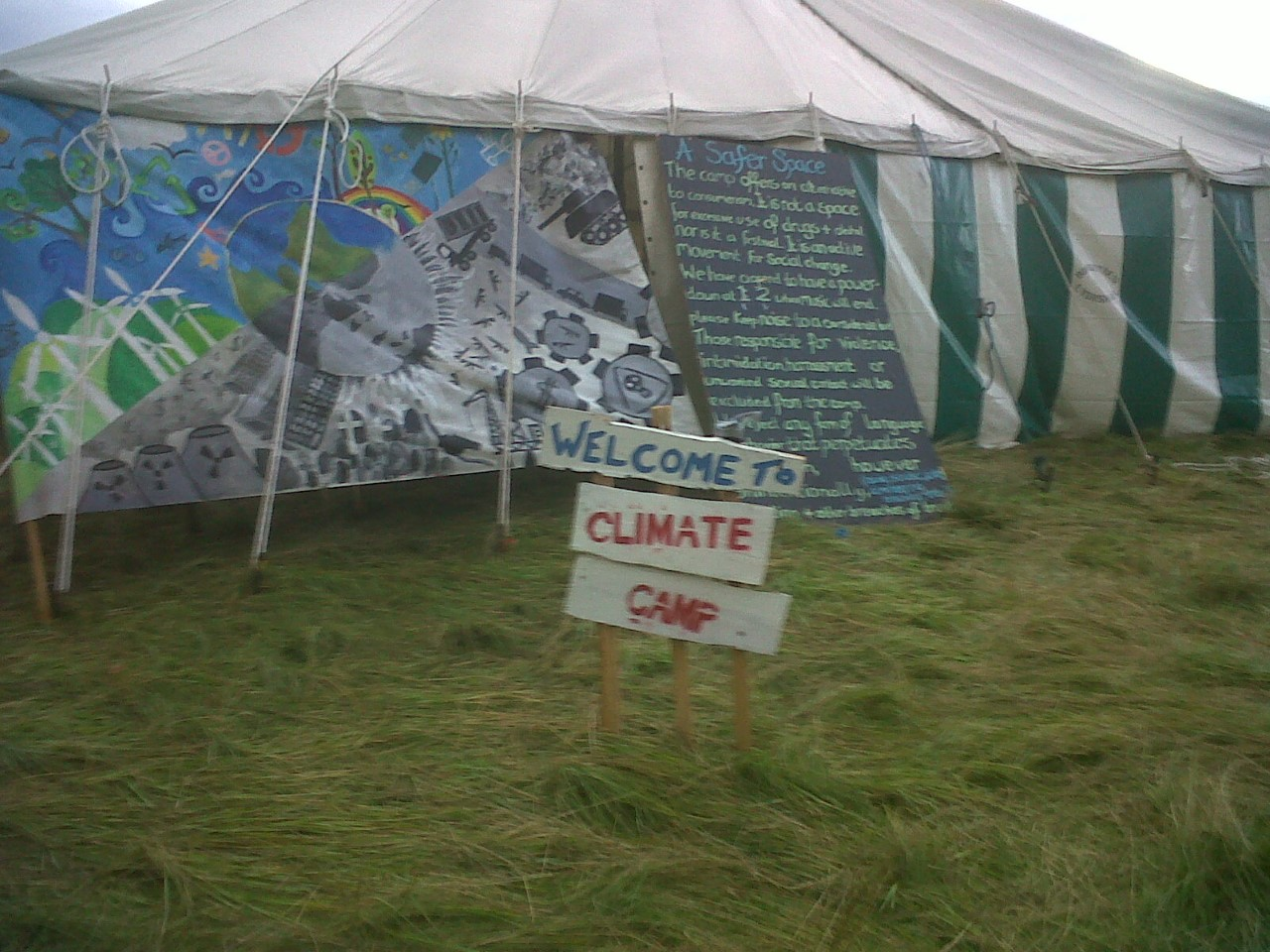 Dr Corry took this picture at the Camp for Climate Action outside the Royal Bank of Scotland's headquarters in Edinburgh, where the protesters targeted the bank's lending to tar sands extraction and other climate destruction activities.

Dr Lata Narayanaswamy invited to speak on Inside Geneva podcast

Dr Lata Narayanaswamy on Inside Geneva podcast: "Africa and Covid-19: what can be learned?"