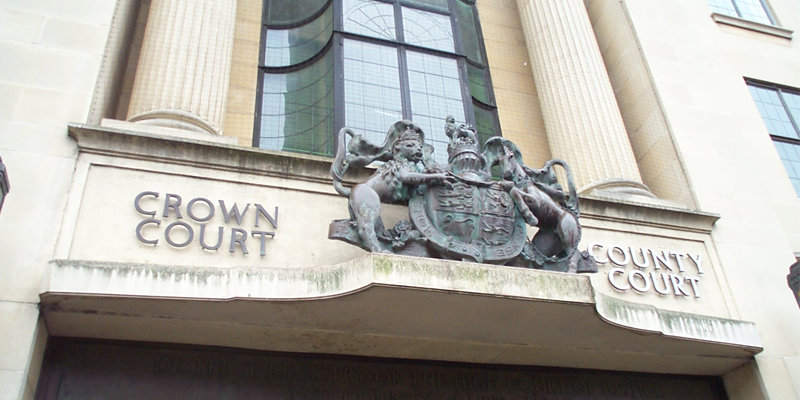 Offenders sentenced to prison who have Muslim names do not appear to be receiving unfairly long sentences, according to a new study of more than 8,000 UK Crown Court sentencing decisions.

These publications have shown higher use of custodial sentences and longer sentences for certain BAME groups than for white offenders, which is often interpreted as discrimination in sentencing. However, the data published does not disclose the specific types of crimes committed by those offenders, nor the individual case characteristics.

Despite recommendations by the 2017 Lammy Review to investigate the nature and extent of discrimination against BAME individuals in the criminal justice system, no official sentencing data recording an offender’s ethnicity together with the main case characteristics has been published. It is therefore uncertain whether disparities in sentencing between ethnic groups are due to genuine discriminatory practices or to differences in the types of crimes committed.

New research has relied on novel methods to piece together data and assess whether discrimination exists.

Using pioneering data scraping techniques, researchers from the Universities of Leeds, Oxford and Edinburgh collected online data from transcripts of 8,437 hearings that took place between 2007 and 2017. They investigated whether people with traditional Muslim names received different prison sentences to those with non-Muslim names.

The new study, published in the British Journal of Criminology, found that Muslim-named offenders received custodial sentences that were 9.8% longer than the rest of the sample, but this difference disappeared once the specific type of offence and key case characteristics such as plea were taken into account.

It also showed no evidence of sentencing discrimination when looking specifically at Muslim-named offenders who were charged with terrorism-related crimes.

“We want government policy to be based on the reality of our justice system, but without the full data on sentencing in the UK we simply do not know what situation we are facing.”

Dr Jose Pina-Sánchez, Lecturer in  Lecturer in Quantitative Criminology, said: “This research has only been able to look at 8,437 cases, which is a remarkably low figure if we consider that for the whole of England and Wales over a million convictions are imposed each year; furthermore, the sample used is biased as it over-represents serious crimes. Lastly, categorising offenders as Muslims based on their name alone is a process prone to problems of misclassification.

“Our findings are therefore not conclusive evidence of equal treatment, however they do highlight the importance of considering case characteristics before claiming discrimination exists.

“Our analysis found that the observed differences in sentence length between Muslim and non-Muslim offenders were explained by the characteristics of the cases.

“It is therefore essential to replicate our analyses across all offenders processed through the magistrates’ and Crown Court. To do so, however, it would be necessary to compile official sentencing data from different government bodies in its original format. I understand why, to protect offenders’ identity, that data has not been fully disclosed to the public, but there are various data sharing strategies that could be put in motion to facilitate the data to independent researchers in a secure manner.

“Getting to the bottom of the problem, carrying out research on sentencing discrimination that is as robust as possible, is key to promoting transparency and trust in the criminal justice system. Underlying the principle of fairness is the idea that we are all treated equally, and if that is not the case we should consider serious reforms in the system to tackle this problem directly.”

What’s in a name?

The research team downloaded transcripts from court cases published by The Law Pages, noting the names, types of crimes, sentencing outcomes and other case characteristics.

They identified offenders as Muslim by matching their first, middle or last names against a list of traditional Muslim names obtained from AlQuranic.

The sample of 8,437 offenders was limited to convictions for violent, sexual and terrorism offences, with 722 (8.6%) of the offenders classified as having a traditional Muslim name.

David Lammy MP, who was not involved in the research, recommended in his 2017 Review: “The default should be for the Ministry of Justice and Criminal Justice System agencies to publish all datasets held on ethnicity, while protecting the privacy of individuals.

“Each time the Race Disparity Audit exercise is repeated, the CJS should aim to improve the quality and quantity of datasets made available to the public.”

Dr Jose Pina-Sánchez added: “We want government policy to be based on the reality of our justice system, but without the full data on sentencing in the UK we simply do not know what situation we are facing.

“It has been over a couple of decades since any large scale independent research into sentence discrimination has been conducted in the UK, but we hope that this study can act as a platform for more open and transparent research in future.”

The paper is titled ‘Does the Crown Court Discriminate Against Muslim-Named Offenders? A Novel Investigation Based on Text Mining Techniques’ and is available online here: https://academic.oup.com/bjc/advance-articles