A fantastic year for mooting for the School of Law 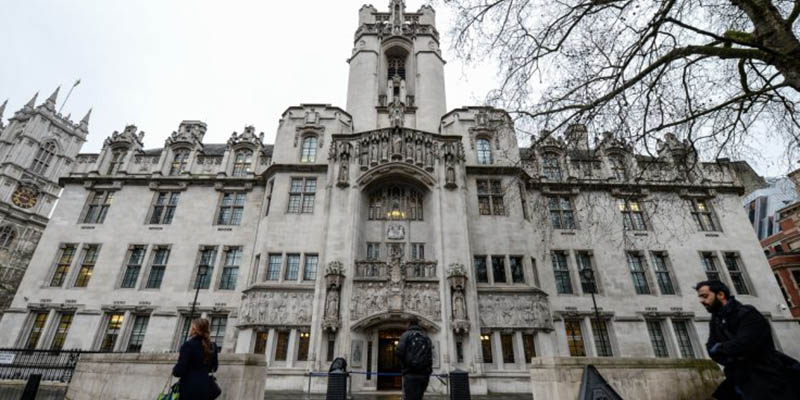 It has been a fantastic year for mooting, with the level of junior mooters more than doubling last year’s, and mooters’ confidence and strong legal analysis growing round-by-round.

The Junior Final saw Isabella Troy triumph as the winner, with finalists Cillene O’Neal, Polina Tureac and Sam Magee performing exceptionally. The final was judged by barristers from Park Square Chambers and a Senior Associate from Herbert Smith Freehills, and the finalists displayed a high level of confidence, legal knowledge and responded to judicial intervention extremely well. Adam Leigh, Millie Newton and Isabella Troy also secured mini-pupillages with one of our judges, successfully taking networking to new heights.

This year’s senior final was held at the UK Supreme Court; with Tyler Clayton, Holly Thompson and Sylvester Tan as finalists and Charlotte Robson being announced the winner. Students from the Law School travelled down to spectate, and overall it was a fantastic experience for all; the finalists’ mooting skills shone as the high level of preparation they had undertaken was displayed in the highest court of the UK. We are thankful to Neil Golding, Partner at Freshfields Bruckhaus Deringer, and Senior Associates from Herbert Smith Freehills, Claire Stirrup and Emily Blanshard, for taking the time out to judge the final.

Keen mooters competed in some of the most prestigious National Moot Competitions such as the Landmark Chambers Property Moot, OUP National Moot and BPP’s Advocate of the Year. This year also saw us compete in our first ever National for beginners at the University of York, with Isabella Troy, Rebecca Quinlan, Sam Magee and Polina Tureac competing against universities from around the country. The team performed exceptionally well, with Rebecca and Sam reaching the final, and winning on both their points of law. Rebecca also came second overall in the individual awards, which is an excellent achievement. A huge well done to all National mooters for representing our university so well.

Finally, this year saw Xinyuan Lim, Conor McCabe, Alyssa Tjioe, Iyunoluwa Fakunle and Samantha Hui Min Liew compete in the Jessup International Moot Competition, the largest moot competition in the world. The team did exceptionally well, scoring a whopping 92 out of 100 in their 18,000 word memorials, with the examiners describing them as 'extremely sophisticated arguments with a highly impressive extent of legal knowledge'. They also came within the top 10 universities nationally after spending the weekend and being absolutely grilled by some of the UK's most experienced judges, which is a huge achievement in itself. A huge well done to all of you, your hard work and extensive preparation over many months did certainly not go unnoticed.

An overall huge thank you to everyone who participated and supported the moot competitions, you should all be so proud to be a part of such a successful year!