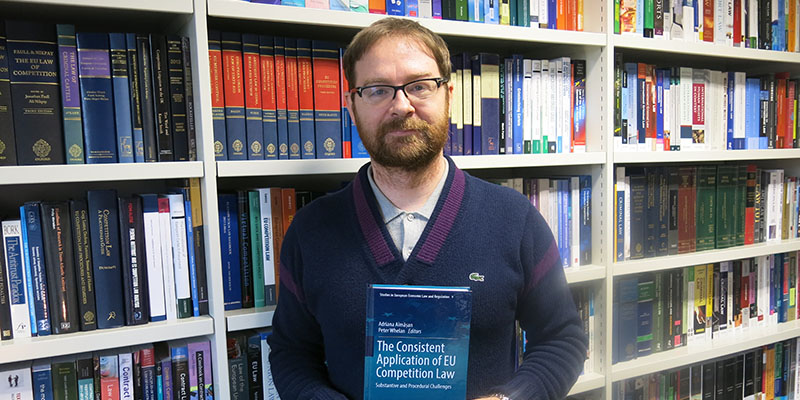 With an academic colleague from Romania, Dr Whelan co-edited a book which critically examines the issue of consistency in the national enforcement of EU competition law.

In recent years, there has been a decentralisation of the enforcement of the EU competition law provisions, Articles 101 and 102 of the Treaty on the Functioning of the European Union (TFEU). Consequently, the national application of these provisions has become increasingly more common across the European Union.

This edited collection examines the issue of national enforcement from a number of distinct perspectives. It brings together 15 competition law experts, including three judges from the Court of Justice of the European Union (representing Romania, Ireland and Poland), both editors, as well as leading professors from countries such as France, Germany, Hungary and Belgium. According to Professor Alison Jones (King’s London London), who wrote the book’s Foreword, these contributions provide ‘a valuable and timely study of how the competition laws have been enforced since 2004 and how the various actors have sought to meet the challenges posed. It is widely researched and sets out a clear analysis of the complex issues arising. No doubt, it will provide helpful assistance to practitioners, students and researchers working in this area’.

According to Dr Josephine van Zeben (University of Oxford) and Dr Kai Purnhagen (Erasmus University, the Netherlands) ‘this volume, edited under the expert guidance of Alman and Whelan, highlights the substantive and procedural challenges that remain 10 years into this new era of EU competition law. In doing so, this volume addresses several key areas of research with great value for practitioners and academic commentators alike. …The topics confronted by this volume are important and timely in their own right. Their combined treatment by this varied group of scholars in a single volume allows us to identify synergies, clashes and overlaps between practices that would otherwise go undetected. In addition, the inclusion of experiences of Member States that have joined the EU since the adoption of Regulation 1/2003 incorporates perspectives that are vital to the future development of EU competition law.’