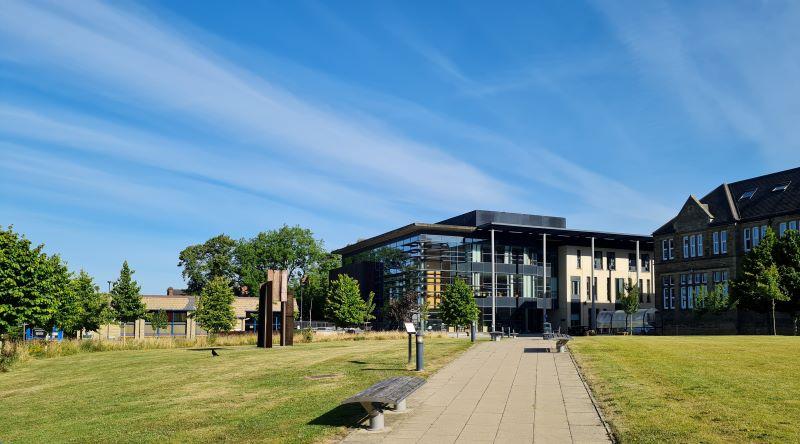 After a pause due to the COVID-19 pandemic, honorary degree ceremonies are returning to University of Leeds to celebrate the success of key figures in the worlds of law, art, science and more.

The School of Law is delighted that alongside our students receiving their degrees in July, six individuals will be honoured with one of higher education’s most prestigious awards, in the University’s Great Hall.

This year’s Law honorary graduands are:

A young indigenous leader of the Kichwa community in Ecuador’s Amazon, Nina Gualinga has become one of the most internationally recognised youth activists in the Global South, involved in the movement against climate change and environmental destruction.

She has been an advocate for indigenous rights and climate justice since childhood, and most notably has been involved in the struggle to protect indigenous lands in the Ecuadorian Amazon from the ravages of oil extraction. Nina received the World Wildlife Fund’s International President’s Youth Award in 2018.

Since graduating in Textile Management at Leeds, Mark Tucker has enjoyed distinguished careers in insurance and the financial sector. After various senior management positions with Prudential plc, he was appointed President and Group CEO of AIA Group Limited in Hong Kong, where he won a lifetime achievement award for his role in revolutionising the life insurance and asset management industries in Asia.

Mark served on the Court of the Bank of England from 2009 to 2012, where he was a member of both its Financial Stability and Audit and Risk Committes in the aftermath of the worst financial crisis in a generation. He is now Group Chairman of HSBC Holdings plc.

Lady Hale is the former President of the UK’s Supreme Court, the only woman to have held that position. She was the first woman and youngest person to be appointed a Law Commissioner, and as a judge has played a major role in overhauling laws relating to children, domestic violence, mental health and, recently, the fundamental principles of constitutional law.

Lady Hale has been a consistent and determined advocate for diversity, equal opportunity and access for all, and a champion of the rights of women, showing a deep humanity alongside her formidable intellect, integrity and courage.

Lady Hale was also welcomed to the University’s Great Hall in 2019, when she gave the Alice Bacon public lecture - a series honouring the pioneering Yorkshire MP's achievements.

David became Pro-Chancellor and Chair of Council – the University’s governing body – on 1 August 2013, a role from which he will step down this summer.

A Leeds alumna, Alison Lowe OBE recently stepped down after a 29-year tenure as Labour councillor for Armley – a seat she took up at the age of 25 as the first black female councillor in Leeds City Council. She is the former CEO of Touchstone, undertaking vital advocacy work for individuals and communities.

Alison’s personal commitment to speaking up for the marginalised and to promoting the importance of frank and open discussion about mental health extends into her professional commitments. Under her stewardship Touchstone has been awarded numerous accolades for inclusivity in the workplace. Ms Lowe is currently West Yorkshire’s Deputy Mayor for Policing and Crime.

Having completed a postgraduate MSc (Eng) degree in Transport Planning and Engineering at Leeds, Rachel Skinner CBE is now Executive Director at WSP, where she leads on ESG & Government Relations, having previously led its transport business. In 2020-21, she served as the 156th President of the Institution of Civil Engineers and she is a Patron of Women in Transport (a not-for-profit), having been one of its founding board members since 2005.

Rachel chairs the Carbon stream of the Infrastructure Client Group and served two years as an Infrastructure Commissioner for Scotland from late 2018. She was awarded a CBE for services to infrastructure in the 2022 New Year Honours list and is a Fellow of the Royal Academy of Engineering.