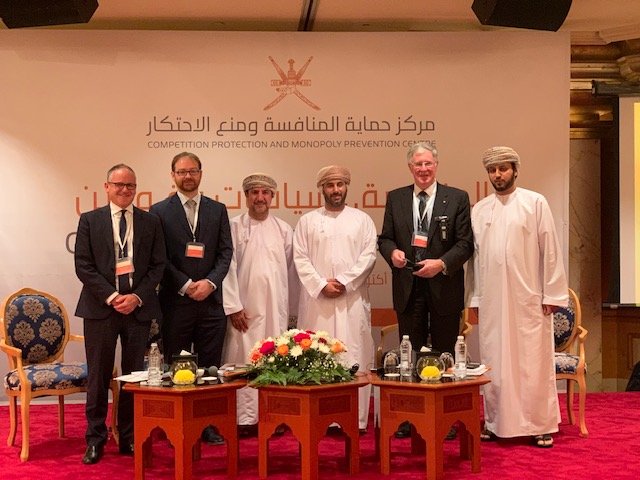 In Muscat, Oman on 14 October 2019, Professor Whelan delivered a presentation at a workshop organised by the Omani competition authority, the Competition Protection and Monopoly Prevention Centre.

The workshop was held to raise aware of competition law and policy in Oman. It was attended by over 100 participants. The other presenters at the conference were His Highness Dr Adham bin Turki al Said, Russell Miller AM and Professor Richard Whish QC.

At the workshop, Professor Whelan presented some of his recent research on cartel law enforcement and explained its relevance for Oman. He also participated in an hour-long panel discussion with the other participants, with questions posed from the audience.

The workshop was reported in the Omani Observer and was featured on Oman TV News.

Professor Whelan also attended a closed meeting with the Board of the authority, where alongside two other foreign experts, he provided his insights into some of the current competition law issues that are facing the Omani competition authority.

Professor Whelan is currently finalising a monograph on parent company liability in EU competition law, which will be published in due course by Oxford University Press.

Watch a video recording of the workshop.