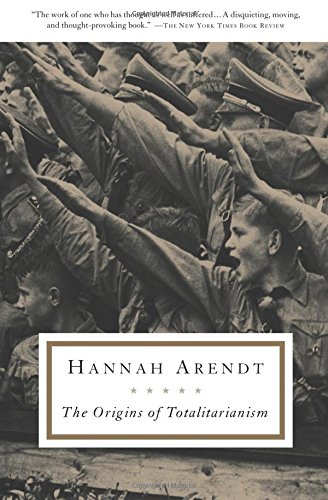 Dr Mark Davis, Associate Professor of Sociology and Founding Director of the Bauman Institute, and Dr Griselda Pollock (School of Fine Art) commented on The Origins of Totalitarianism.

Since the election of Donald Trump as president of the USA, The Origins of Totalitarianism first published in 1951 has been increasingly referenced. The political theorist who wrote about the Nazis and ‘the banality of evil’ in the 60s has become an unexpected bestseller. The Guardian article asks ‘should we heed her warning that protesting just feeds the chaos?’

Mark Davis points us towards another Arendt text, On Violence which was published is 1970: “I think that gets us closer to what’s going on at the moment,” he says. “She said in that book that violence and power are actually opposites. When institutions, particularly those of government, start to break down and lose their legitimacy, they lose their power over the everyday conduct of citizens. So what they do as a response to the loss of power is incite violence. Violence floods into the loss of power rather than being an expression of it.”

Davis goes on to comment: “I think there is a lot to be gained from people gathering together to show solidarity. But in a world where the institutions that we’re protesting in front of are losing their legitimacy and their power, I’m not sure that this has the impact that it once did. If we think of evil as this one person, this one big event, then we tend to want to match that with one big display of resistance. But actually, if evil is banal – a set of ordinary, mundane decisions day by day – then maybe we have to start living differently day by day.”