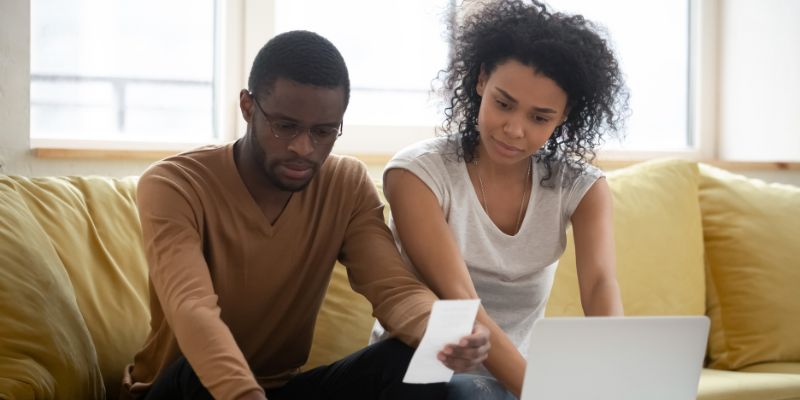 Black and minority ethnic people are disproportionately falling faster and further below the poverty line amidst the cost of living crisis, according to a new report.

It shows that Black and minority ethnic people are 2.5 times more likely to be in relative poverty than their white counterparts, with racial inequalities most pronounced in Yorkshire and the Humber, Wales, Scotland and Northern Ireland.

Progress towards closing the economic gap between white and minority ethnic communities has stalled since the 2007-8 financial crisis, with inequalities becoming particularly pronounced since the pandemic, according to the report.

As a result, Black and minority ethnic people are heavily over-represented amongst the lowest-income groups, and are currently experiencing much higher levels of food insecurity, material deprivation and fuel poverty as a result of the cost of living crisis.

A failure to learn lessons from the past will result in a growing economic gap, disproportionately increasing the risk of deep poverty amongst many Black and minority ethnic households.

The report was published by the Runnymede Trust and led by Dr Daniel Edmiston, Lecturer and British Academy Wolfson Fellow in the School of Sociology and Social Policy at the University of Leeds.

Dr Edmiston said: “This report shows that past economic crises have increased racial inequalities below the poverty line. As we head into a new crisis of living standards, targeted and tailored support is urgently needed to ensure ethnic minority people don’t fall further behind.

“A failure to learn lessons from the past will result in a growing economic gap, disproportionately increasing the risk of deep poverty amongst many Black and minority ethnic households.”

The report finds that over the last decade, changes to the tax and social security system have been highly regressive, but also racialised and gendered in their impact.

In real terms, white families now receive £454 less a year on average in cash benefits than they did a decade ago. But this worsens to £806 less a year for Black and minority ethnic families, and £1,635 for Black families.

Black and minority ethnic women have been some of the worst affected and currently receive £1,040 less in cash benefits than they did a decade ago.

These developments have left many Black and minority ethnic households disproportionately exposed to the current cost of living crisis.

According to the report, the Government’s new Energy Price Guarantee will lift more white households out of fuel poverty than Black and minority ethnic households.

As a result, just under a third (32%) of white people are likely to experience fuel poverty this winter compared to more than half (52%) of Black and minority ethnic people, rising to two thirds (66%) of Pakistani and Bangladeshi people.

Dr Halima Begum, CEO of the Runnymede Trust, said: “The growing rates of poverty outlined in our briefing, in the world’s fifth largest economy, are simply unconscionable. We talk about this cost of living crisis in universal terms. No-one is immune from the consequences. However, what’s clear from this research is that some groups are less equal and more impacted than others, including our Black and minority communities.

“In funding the energy price cap through public borrowing, offering tax cuts for the wealthiest and lifting the cap on bankers’ bonuses, the Government is doing little to demonstrate its willingness to prioritise the solutions that will be increasingly and desperately needed by our multi-ethnic working class.

“Without continued and significant public investment in social security and infrastructures, and tailored commitments to job security and fair wages, Black and minority ethnic communities in particular will continue to face hardships unknown for generations.”

The recommendations from the Runnymede Trust include enhancing cost of living payments to help the lowest-income households meet rising costs and introducing a windfall tax on the excess profits of energy companies.

Read the full report on the Runnymede Trust website.

For further information, please contact Mia Saunders in the University of Leeds Press Office via m.saunders@leeds.ac.uk.