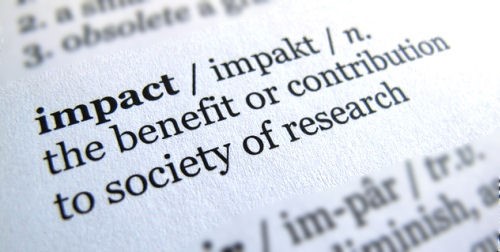 Our research works towards addressing some of the most significant challenges of the day. 67% of our School’s submitted publications were judged as “world-leading” or “internationally excellent” by the Research Excellence Framework 2021, showing our research is making a difference in society.

We have a wide and varied portfolio of policy-relevant research that is both sociologically informed and methodologically innovative. We work with a range of local, national and international organisations to translate our research into policy and practice.

These activities inform the lively and well-grounded international dimension of all the School's teaching both at undergraduate and postgraduate level.

Stories of our research impact

Muslims make up just 5% of the British population yet more than half of religious hate crime is directed towards them. Confusion about the nature of Islamophobia has undermined efforts to address its effects. Research led by Professor S. Sayyid at Leeds has reframed Islamophobia and supported anti-racist strategies to address it.

The research suggested that Islamophobia should be understood as a specific type of racism, directed at Muslimness, thus shifting the focus of public understanding from one of belief-based religious persecution of Muslims to one of global and institutionalised racialisation. Islamophobia has become increasingly normalised in the UK and increasingly prominent in political and media discourse. It needed to be publicly redefined as racism in order to challenge it using the tools of racism reduction – both politically and in everyday life. Counter narratives to Islamophobia can help in this work of racism reduction if they are used to make more space for Muslim voices and autonomy in policy and practice.

The Leeds research has been instrumental in stimulating wide public debate, redefining Islamophobia as a specific form of racism and providing tools and examples to counter it in community advocacy work, media monitoring and training. This has allowed civil society and local government to respond to the rise of Islamophobia using the established tools of racism reduction and enabling ordinary people to call out Islamophobia with greater confidence.

More than 80 million disabled people live in the European Union and up to a quarter of the adult population say they feel in some way limited in the activities of their everyday lives. Research led at Leeds has been at the forefront in showing the EU institutions how they can challenge this exclusion by revealing disabling barriers in society and acting to remove them.

An international research programme led at Leeds by Professor Mark Priestley helped to embed and strengthen disability equality across the work of the EU institutions with benefits for millions of citizens. The main research effort stems from the establishment of an Academic Network of European Disability experts (ANED) under Priestley’s scientific directorship, from 2008 for over a decade. This network mapped disability policies at the EU and national level, analysed disability issues thematically, made policy recommendations and developed new monitoring indicators and tools. The research sought to promote and to increase disability equality mainstreaming in the work of the EU institutions and used mixed methods to equip policy makers with evidence and tools to intervene in relevant policy debates and processes.

Different EU institutions continue to use the research to: (a) make disability equality more visible in the European policy co-ordination; (b) implement new disability equality monitoring methods and indicators; and (c) justify support for new policies of mutual recognition and harmonisation among the Member States, including new legislation.

Creating a new model of finance for local authorities

Local authorities are on the frontline of grand challenges like decarbonisation but finding money for local schemes against a backdrop of austerity and the Covid-19 pandemic is difficult. Research led by Dr Mark Davis, in collaboration with industry stakeholders and government, has provided a new public financing solution. Community Municipal Investments (CMIs) use investment-based crowdfunding to generate additional public funding to meet local needs.

This research stemmed from an exploration of ‘shared social responsibilities’ and financial interdependency and identified crowdfunding as a possible route to socially and environmentally beneficial outcomes from investor behaviours. In parallel, other research examined the local social impacts of major infrastructure investments (eg renewable energy infrastructure). The research was expanded with a UK Government grant to assess the suitability of crowdfunding for the public sector. The team worked with non-academic partners to produce an investment decision-tool and to evaluate crowdfunding within local authority project procurement processes. They also co-designed a new financial investment product – the CMI – which compared favourably against existing forms of local authority borrowing. Davis worked with 61 UK local authorities to disseminate the decision-tool and to raise awareness of the CMI finance model.

The research has influenced national and local policy direction on public sector financing models, changed market regulation to give greater protection to new crowdfunding investors and led to the launch of new CMIs tied to specific local infrastructure projects for the direct benefit of local public bodies and communities.

Further examples of our research impact:

Other current and recent projects include: