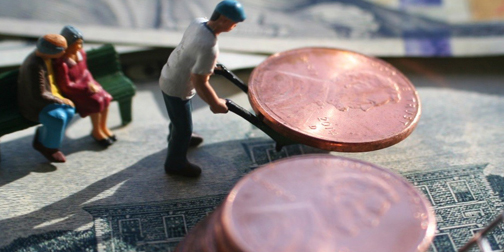 In the context of multiple crises across post-democracies, colleagues at the Bauman Institute are researching emergent social and economic futures.

Funded by the Horizon 2020 Marie Skodowska-Curie Fellowship Scheme, Dr Mark Davis (Founding Director of the Bauman Institute) is leading a project with by Dr Matilde Massó (Universidade da Coruña, Spain) to provide a systematic comparative analysis of the relationship between processes of financialization and the rise of social inequalities for large segments of the European population, especially in terms of declining wages and deteriorating working conditions in Spain and the UK. The project runs from September 2017 for twelve months.

Leading the School’s research agenda around ‘financial sustainability’, Dr Davis produced the first independent qualitative assessment of the alternative finance movement in the UK (FITTER 2016, funded by Friends Provident Foundation). He was commissioned in 2017 by the Financial Conduct Authority and the Cambridge Centre for Alternative Finance to interview individual investors in six major crowdfunding markets, including P2P and Equity investments.

Driving his research is a set of questions about the democratic potential of alternative finance to challenge our understanding of the nature, purpose and responsibility of money, as well as to confront the existing private ownership and creation of money and wealth in society: