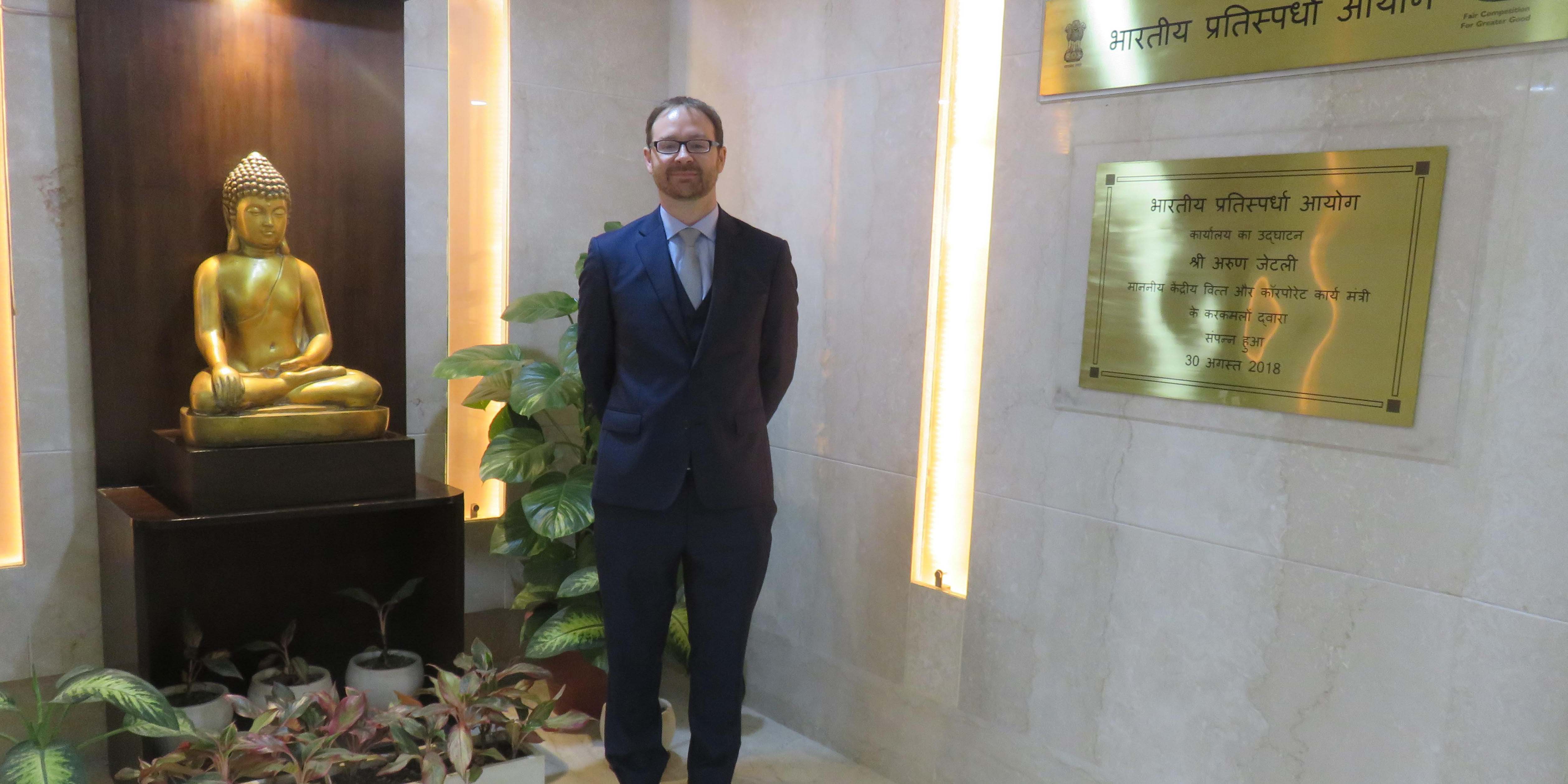 Professor Whelan provided oral evidence to the Competition Law Review Committee, which was set up by the Indian Government to review and propose amendments to its Competition Act.

Professor Whelan drew upon his published research on competition law enforcement and explained how to improve the deterrent effect of India’s anti-cartel regime. In the process he urged the Committee to consider the merits of introducing criminal cartel sanctions in India. In response to questions, he also provided his views on the optimal composition of a competition authority and sought to highlight the value of employing a cartel settlement policy in India in future. In addition, Professor Whelan provided detailed written evidence to the Committee on these matters.

The by-invite only session was held on 18 January 2019 at the Competition Commission in Delhi, India. Professor Whelan was the only foreign expert invited to give evidence. The Committee’s session was chaired by the Secretary of the Indian Ministry of Corporate Affairs. The nine-member Committee comprises high-level officials and stakeholders in India, including the Chairperson of the Competition Commission of India, the Chairperson of the Insolvency and Bankruptcy Board of India and the Joint Secretary (Competition) of the Indian Ministry of Corporate Affairs. The Committee will report its findings to the Indian Government in the coming months.

Find out more information on the Competition Law Review Committee.